Our associate Ilse Salazar Andriotti spoke, alongside with Prof. Dr. Rolf Madaleno, in the symposium  “Income Tax Incidence on Alimony – Reflections on ADI no. 5422”, recently held by IBDFAM and the Young Ibederman commission.

The debates were focused on family law and tax law issues in regards to the incidence of Income Tax (IRPF) on alimony – topic which has been discussed in an action by IBDFAM at the Federal Supreme Court (STF).

Currently, the IRPF on alimony is due by the alimony payer. However, the issue is being analyzed by the Supreme Court because it is understood that the collection of the tax already occurs by the alimony payer, and that such amounts do not represent an increase in assets.

Madaleno, who is the developer of the thesis, discussed the family law issues related to the topic. Ilse, on her side, debated the tax aspects of the issue, analyzing the votes of the STF justices and suggesting practical measures to be taken in relation to the matter. 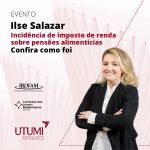 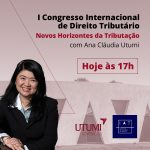