Our partner Camila Tapias was interviewed by the website “Elas Que Lucrem” to speak about three Proposed Amendments to the Brazilian Constitution related to the business and taxation environment in Brazil, presented on April 12th by a group of 300 Brazilian businessmen gathered by Instituto Unidos Brasil (IUB).

Camila points out that among the main demands made by the group is the reduction of taxes levied on employees’ salaries. However, “the government needs to close its accounts and it is not possible to relieve the payroll without creating a new tax,” she says.

For this, according to the article, the suggestion of entrepreneurs is the creation of a tax similar to the Provisional Contribution on Financial Transactions (CPMF), but that does not have a temporary character and that also affects financial transactions made digitally, such as the Pix.

In Camila’s view, the government should achieve the necessary approvals, especially with the additional pressure from businessmen, who are looking for alternatives in a moment of economic crisis in Brazil and in the world. 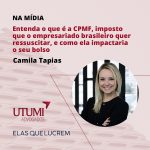 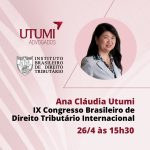