Partner Ana Claudia Akie Utumi was nominated as a member of the Steering Committee of the Women of International Fiscal Association Network (WIN).

“It is great to keep my engagement with IFA after seven years in the Permanent Scientific Committee and be part of this initiative to make the work and the talent of women in tax law more visible”.

Women of IFA Netowrk is an initiative of the International Fiscal Association (IFA), represented in Brazil by the Brazilian Association of Financial Law (ABDF, in the Portuguese acronym), which brings together the women from the tax world. Currently, IFA has more than 2,600 women registered as members in several countries. 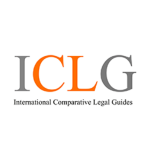